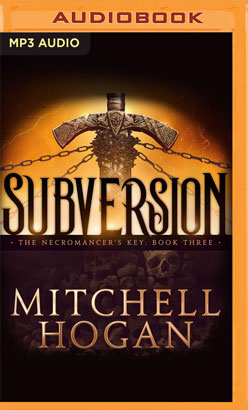 A corrupted power stirs from beyond the grave.

The Necromancer Queen will rise again.

Sent with a contingent of knights to reinforce the Thousand Lakes Kingdom against the aggression of the normally peaceable Soreshi, Anskar DeVantte learns that the Necromancer Queen Talia's reach is longer than he could have believed.

Cajoled into procuring the components of the Armor of Divinity that will bring Talia back from the realm of the dead, Anskar must put her demands to one side when the real threat facing the kingdom is revealed.

For the Necromancer Queen is not the only shadow of evil reaching forth.

And Anskar's growing sorcerous abilities may be all that stands in the breach between the world of Wiraya and a second cataclysmic demon war.

An immersive and ambitious new series from the Aurealis Award-winning author of A Crucible of Souls.