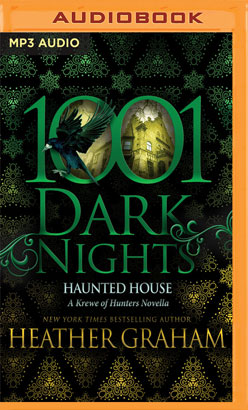 A Krewe of Hunters Novella

Halloween! Strange things are going to happen and every year, while loving the holiday, members of the Krewe of Hunters also dread it.

Something somewhere is bound to happen.

Krewe member Jon Dickson’s fiancée Kylie Connelly is contacted by an old friend who has just moved to Salem, Massachusetts, when the unimaginable happens as the holiday approaches.

Jenny Auger has just managed to buy the historic home of her dreams. But it comes with far more history than she ever imagined—the skeletal remains of seven victims interred in the old walls of the house years and years before—along with a threatening curse.

And strange things are happening in the city. Bizarre attacks…murders that mimic days of old.

With Halloween on the way.

Kylie has a history with the city of Salem, and her strange talent for being within the minds of those under attack—first realized in the city—remains sharp.

But the situation is far more dire than what they have discovered, with strange events and attacks occurring.

And with all their talent for crime solving—with help from the living and the dead—it still remains to be seen if they can solve the murders of the past before Halloween, and the bloodbath that just might occur if the sins of a time gone by cannot be brought to light.