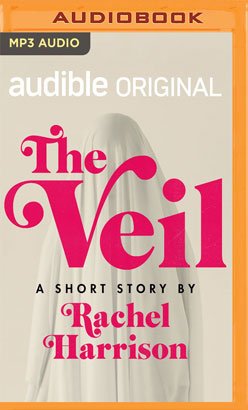 Sally has recently left an unfulfilling job to volunteer at a living history museum, where she is assigned to the Death House. Every day, she dons Victorian mourning garb and describes traditional funeral services to tourists. It sounds depressing as hell, but for Sally, it's less depressing than her tepid marriage to her childhood sweetheart.

This becomes all too clear when she accidentally travels through time and space to a liminal world where the ghosts of the living history museum haunt its grounds. There, she meets and falls hard for Victorian-era pretty boy Nathaniel. Their heady, romantic encounters douse Sally in the sad reality that her marriage is anything but and leave her tempted to join Nathaniel permanently in his realm.

Is Sally's marriage literally a fate worse than death, or is there another way altogether?