Squatter and the Don (AmazonClassics Edition), The 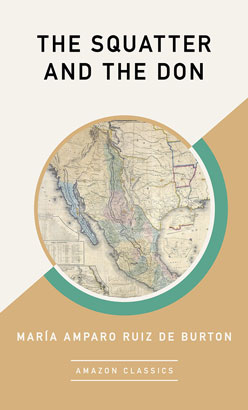 Squatter and the Don (AmazonClassics Edition), The

In a social-reform novel decades ahead of its time, María Amparo Ruiz de Burton delivered a sharp condemnation of the United States’ marginalization of Californios in the decades following the Treaty of Guadalupe Hidalgo.

The Mexican American War has ended, but in a California divided between two nations, Anglo squatters continue to antagonize citizens of Mexican descent by making claims on their land. Against this charged backdrop, the lives of the Alamar family—the rightful owners of a San Diego ranch—become politically, economically, and romantically entwined with a family of New England settlers, the Darrells.

Inspired by experiences in her own life, Ruiz de Burton insightfully captured a troubling time in American history—a period of intense corruption, greed, racism, and classism. And after more than a century, the novel’s themes resonate as strongly as the powerful love story at its heart.