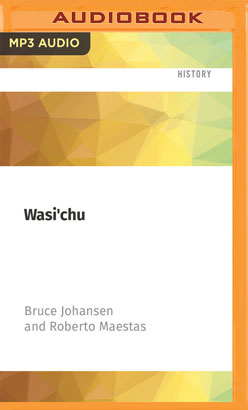 The first people who lived on the northern plains of what today is the US called themselves "Lakota", meaning "the people", a word which provides the semantic basis for Dakota. The first European people to meet the Lakota called them "Sioux", a contraction of "Nadowessioux", a now-archaic French-Canadian word meaning "snake", or enemy.

The Lakota also used a metaphor to describe the newcomers. It was "Wasi'chu", which means "takes the fat", or "greedy person". Within the modern Indian movement, "wasi'chu" has come to mean those corporations and individuals, with their governmental accomplices, that continue to covet Indian lives, land, and resources for private profit. "Wasi'chu" does not describe a race; it describes a state of mind.

This book is about resistance to that state of mind and to the economic system that rewards it.