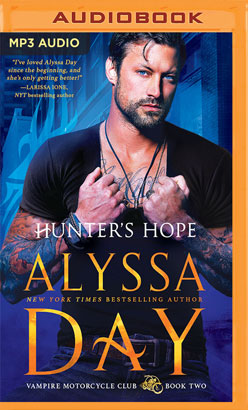 Hunter Evans risked his life again and again as a firefighter until the night he died saving a child...only to be reborn as a vampire. Now the man who lived his life as the quintessential “nice guy” must find a way to conquer the deadly urges that threaten to turn him feral. When his own actions put a beautiful woman in danger, he vows to protect her…even from himself.

Alice Darlington has a secret of her own: she sees ghosts. She thought she’d done a good job of keeping it under wraps—until now. A terrible threat from her past is hunting her down in order to use her power for dark purposes. Now she’s on the run and doesn't know who to trust or where to go.

When Hunter and Alice team up to battle the dangers coming at them from all sides, they’re forced to rely on each other. But Hunter doesn’t know how long he can keep the beast inside him away from the woman it craves…