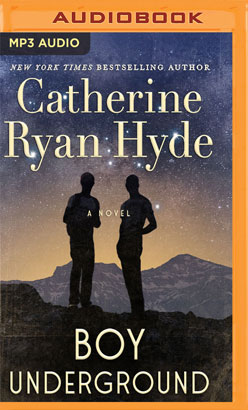 During WWII, a teenage boy finds his voice, the courage of his convictions, and friends for life in an emotional and uplifting novel by the New York Times and #1 Amazon Charts bestselling author.

1941. Steven Katz is the son of prosperous landowners in rural California. Although his parents don’t approve, he’s found true friends in Nick, Suki, and Ollie, sons of field workers. The group is inseparable. But Steven is in turmoil. He’s beginning to acknowledge that his feelings for Nick amount to more than friendship.

When the bombing of Pearl Harbor draws the US into World War II, Suki and his family are forced to leave their home for the internment camp at Manzanar. Ollie enlists in the army and ships out. And Nick must flee. Betrayed by his own father and accused of a crime he didn’t commit, he turns to Steven for help. Hiding Nick in a root cellar on his family’s farm, Steven acts as Nick’s protector and lifeline to the outside world.

As the war escalates, bonds deepen and the fear of being different falls away. But after Nick unexpectedly disappears one day, Steven’s life focus is to find him. On the way, Steven finds a place he belongs and a lesson about love that will last him his lifetime.