Fighting for the Crown 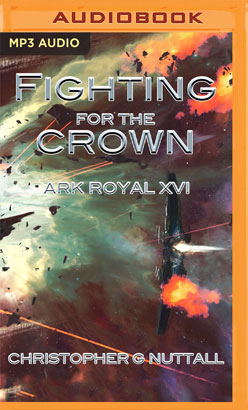 Fighting for the Crown

HMS Lion and HMS Unicorn have made it home from their first mission against the alien virus, opening the way for humanity to take the offensive. Now, a major fleet is readying itself to depart into enemy space, intent on smashing the virus' ability to wage war and destroy the threat once and for all. And Captains Hammond and Campbell will take the lead.

But humanity itself is buckling under the strain of endless war. The stresses of fighting are tearing the fleet apart. And a very personal betrayal threatens to plunge the captains and their crews into a bitter feud, deep in alien territory. The stakes could not be higher...and the risk of total defeat has never been so great.