Lion and the Unicorn, The 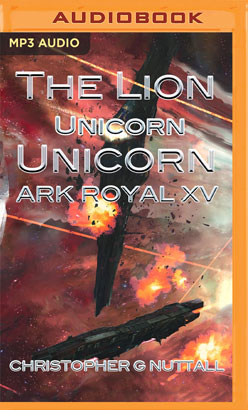 Lion and the Unicorn, The

In five years of heavy fighting, humanity and its alien allies have steadily been pushed back toward Earth, toward the very heart of humanity itself. The virus is steadily wearing the defences down, mounting campaign after campaign to infect and enslave every other alien race. The only hope rests with newer and better weapons, with technology that may turn the tide, but can the weapons and starships be deployed in time?

HMS Lion and HMS Unicorn are two new ships, designed to take the war to the enemy and tip the balance of power in humanity's favor. But with untested technology, clashes between their commanding officers and trouble belowdecks, they may find themselves facing more than they can handle....

...And the odds of coming home are very low.