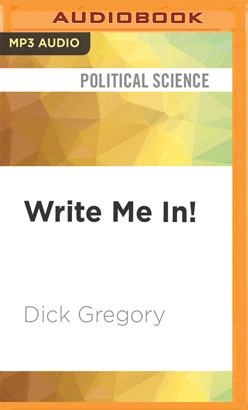 Humorist and comedian Dick Gregory mounted a pointed write-in campaign for the US presidency in 1968. Far from the sort of candidacy mounted primarily for entertainment value (such as Pat Paulsen's), Gregory used his as a vehicle for advancing a national dialogue and awareness of racial issues, and eventually garnered over 47,000 votes. This book served as his campaign platform and manifesto, mixing straight talk with humorous interludes. A fascinating and particularly accurate touchstone for the zeitgeist of America in 1968.