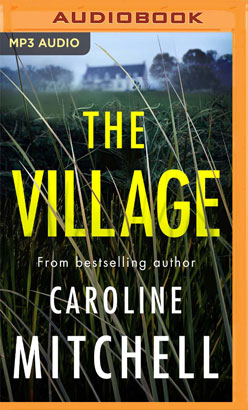 From the bestselling author of the DI Amy Winter series comes a thriller about a shocking disappearance—and the village that has conspired to keep the truth buried.

Ten years ago, the Harper family disappeared. Their deserted cottage was left with the water running, the television playing cartoons, the oven ready for baking. The doors were locked from the inside.

Overnight, the sleepy village of Nighbrook became notorious as the scene of the unsolved mystery of the decade, an epicentre for ghoulish media speculation.

For crime journalist Naomi, solving the case has turned into an obsession. So now, with Ivy Cottage finally listed for sale, it’s her chance to mount an investigation like no other. And her husband and stepdaughter don’t really need to know what happened in their new home… do they?

But Nighbrook isn’t quite the village she expected. No one wants to talk to her. No one will answer her questions. And as she becomes increasingly uneasy, it’s clear that the villagers are hiding something—that there is something very dark at the heart of this rural idyll. And the deeper she digs, the more it seems her investigation could be more dangerous than she ever imagined… In raking up the secrets of the past, has she made her own family the next target?