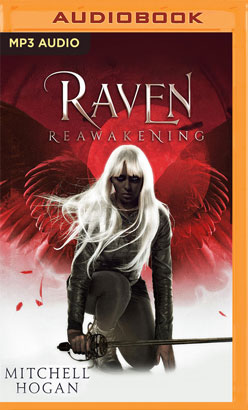 The start of an immersive new sword & sorcery action series from the Aurealis Award-winning author of A Crucible of Souls.

A woman transformed by the blood of demons.

Raven was once a member of the Grim Hand, a group of demonically altered assassins - until she staged her own death and began a new life free from brutality and murder.

But some secrets refuse to stay buried, and the past is reluctant to loosen its grip on those who hide from it.

When faceless assassins strike, Raven must return to a world of intrigue and violence, if only to save herself. Alone, trapped, and fighting a vengeful enemy that easily outmatches even Raven's demon-hybrid abilities, she is forced to seek help from the man she once loved.

A man with a revelation that will shake Raven to the core and change her world forever.