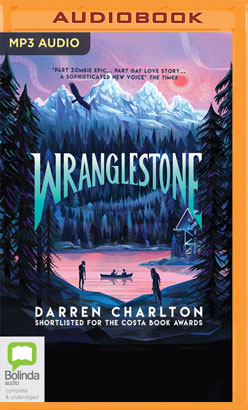 Winter was the only season every Lake-Lander feared in this action-packed and thought-provoking debut, for fans of Patrick Ness, Marcus Sedgwick, Dread Nation and The Walking Dead.

The islands of Lake Wranglestone are a safe haven in a world filled with the Restless Dead. But as the lake freezes over, there’s nothing to stop them from crossing the ice.

Peter has never really felt at home in a place where practicality and grit are valued above all else. He’s nothing like Cooper – the boy he’s always watched from afar. But when he is ordered to join Cooper out on the mainland, they find more than just each other.

There they unearth a dark secret about Wranglestone’s past. One that forces the pair to question everything they’ve ever known.