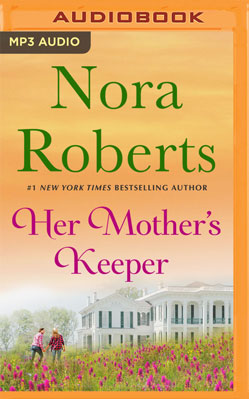 In Her Mother’s Keeper, “America’s favorite writer” (The New Yorker)—#1 bestselling phenomenon Nora Roberts—tells the tale of a daughter determined to protect her mom from a celebrity notorious for his trysts, only to find herself falling under his spell.

When Gwen Lacrosse learns her mother has taken in the famous novelist Luke Powers as a boarder, she immediately catches a flight from New York to her hometown just outside New Orleans. Convinced the reputed womanizing author is going to break her mother’s heart, Gwen wants him gone. But when Luke turns his skills with words and seduction on Gwen, she finds her will collapsing under the weight of her growing desire.