Girl Who Survived, The 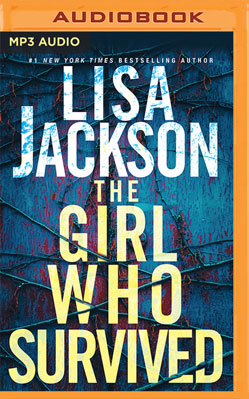 Girl Who Survived, The

In this deviously volatile, deliciously creepy standalone suspense novel from #1 New York Times bestselling author Lisa Jackson, the sole survivor of a brutal family massacre must uncover the shocking truth about the fateful night that left her forever marked…

Has she already had her final chance to be the final girl?

All her life, she’s been the girl who survived. Orphaned at age seven after a horrific killing spree at her family’s Oregon cabin, Kara McIntyre is still searching for some kind of normal. But now, twenty years later, the past has come thundering back. Her brother, Jonas, who was convicted of the murders has unexpectedly been released from prison. The press is in a frenzy again. And suddenly, Kara is receiving cryptic messages from her big sister, Marlie—who hasn’t been seen or heard from since that deadly Christmas Eve when she hid little Kara in a closet with a haunting, life-saving command: Don’t make a sound.

As people close to her start to die horrible deaths, Kara, who is slowly and surely unraveling, believes she is the killer’s ultimate target.

Kara survived once. But will she survive again? How many times can she be the girl who survived?