Exodus from the Long Sun 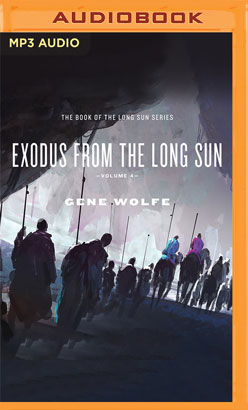 Exodus from the Long Sun

series:Book of the Long Sun #4

It is the far future, and the giant spaceship The Whorl has traveled for forgotten generations toward its destination.

Lit inside by the artificial Long Sun, The Whorl is so huge that whole cities can be seen in the sky. And the gods of The Whorl have begun to intervene in human affairs. An entirely unexpected future awaits as Patera Silk and the other inhabitants are confronted with the world of an alien race.

Wolfe's great work is complete, with the mysterious fullness of life itself.