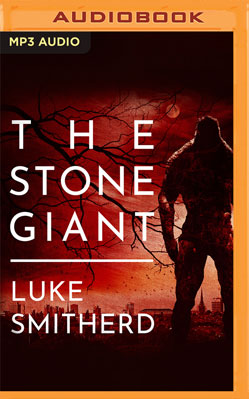 In Coventry, Eric and Harry watch helplessly as they find themselves face to face with the latest arrival at Ground Zero. Tired and coming to terms with Eric’s devastating injuries, how can two men hope contain such an indestructible force, let alone escape the impenetrable energy shield that now envelops them and the city?

In the north of the country, Maria and her new friends race towards the Isle of Skye and - hopefully - answers. What is the secret behind Maria’s own connection to the Stone Men? What is the purpose of the mysterious Prism, and can it be destroyed? What has been happening at Project Orobouros for the last five years, and has it led to anything that can be deployed against this new incarnation? The stakes are about to rise dramatically, so much so that the fate of the country - and humanity itself - hangs in the balance.

Maria, Eric, and the rest of survivors of the fourth arrival will need to uncover the truth and band together in a desperate last stand against an unfathomable threat.

But how can mere humans hope to resist the unstoppable power of the Stone Men?