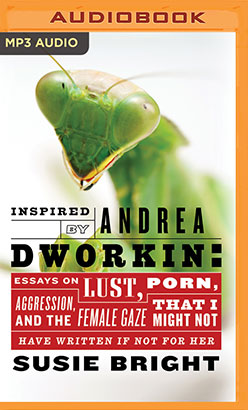 After Andrea Dworkin, the famous feminist philosopher and activist, passed away, her chief critic, Susie Bright, who many perceived as Dworkin's opposite, published a stirring obituary and series of essays in which she described the ways that Dworkin was a catalyst for the sex-positive movement in contemporary feminism.