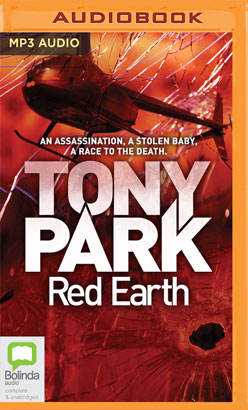 An assassin is on the loose and a baby has gone missing in South Africa - it's up to a vulture researcher and a helicopter pilot track down the innocent and stop the guilty. How will they know the difference?

On the outskirts of Durban, Suzanne Fessey fights back during a vicious carjacking. She kills one thief but the other, wounded, escapes with her baby strapped into the back seat.

Called in to pursue the missing vehicle are helicopter tracker pilot Nia Carras from the air, and Mike Dunn, a nearby wildlife researcher, from the ground.

But South Africa’s police have even bigger problems: a suicide bomber has killed the visiting American Ambassador, and chaos has descended on Kwa-Zulu Natal.

As the missing baby is tracked through wild game reserves from Zululand to Zimbabwe, Mike and Nia come to realise that the war on terror has well and truly invaded their part of the world.