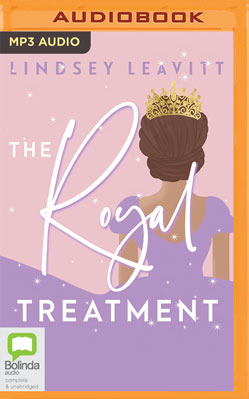 Desi Bascomb’s job as a princess substitute has gotten a whole lot more glamorous now that she’s advanced to Level 2 within the Facade Agency. Magical make-up, roller-skating celebrities and the chance to see Prince Karl again are just some of the major perks. Not to mention, she’s landed the role of Fairy Queen in her school’s production of A Midsummer’s Night Dream (opposite her best friend’s crush. Which is a little weird, but at least he wears a donkey head during their kissing scene). Life should be perfect, but Desi can’t seem to shake the feeling that there is more going on with the agency’s magic than she’s told. Like why is this mind-bending power exclusive to royals? Is it possible that there could be a bigger way to make an impact in both parts of her life?