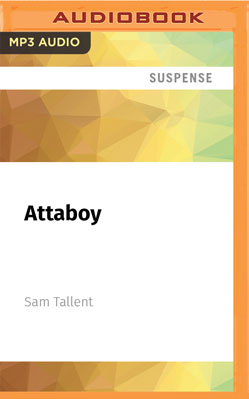 From Sam Tallent, author of the hit indie novel Running the Light, which Marc Maron calls "a beautiful rendering of a dark reality", comes a story about poverty, addiction, and bare-knuckle boxing set in the shadows of the American heartland.

Teenaged Jesse is trapped. Growing up, he had all the potential in the world, but then real life intervened. Now he's got a high school diploma, two perpetually black eyes, and a pill fix he can't shake. By day, when he's not high on pain killers, Jesse is hardening his body; it's the only thing about his life that he can really control. By night, he's a god in the makeshift ring under the barnyard flood lights, willing to take on any local tough the Madsen brothers put in front of him. Most of Jesse's fights don't last more than a minute or two. But as competition in town dries up, the Madsens go looking for better fights and bigger risks - with the chance for bigger payouts. Even as Jesse's home life is closing in on him, he must find a way to win one more fight.

It's the only chance he's got.