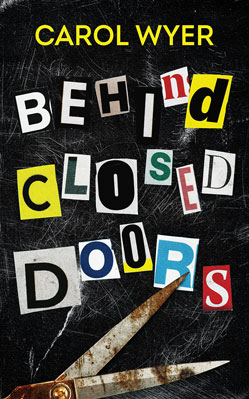 Two kidnappings, thirty years apart. Can Stacey face her own dark past in order to save her stepdaughter?

When Stacey’s ex-husband turns up on her doorstep begging her to help save his kidnapped thirteen-year-old daughter, Lyra, the terror is all too familiar. Stacey’s own violent kidnapping thirty years ago was never solved, and while a severe case of amnesia spares her from recalling the specific horrors, she remembers enough…

Stacey knows her father never paid the ransom—she has the missing pinkie finger to prove it. She knows she was only saved because of an anonymous tip-off to the police. And she knows her captor was never apprehended.

Lyra’s kidnappers have made it clear the police must not get involved. But Stacey can’t shake the eerie similarities between the two cases, and she’ll use whatever she can, from her journalistic powers to her shady contacts, to save Lyra from the same nightmare. Desperate to find any link between Lyra’s abduction and her own, Stacey forces herself to revisit her forgotten, traumatic past for clues.

But can she make sense of the terrible secrets she unearths in time to save Lyra? And if she does, is she ready to face her own tormentor?