Once in a Promised Land 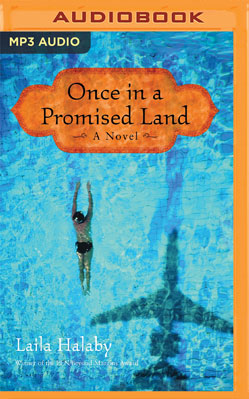 Once in a Promised Land

A BookSense Notable Title for February 2007

Once in a Promised Land is the story of a couple, Jassim and Salwa, who left the deserts of their native Jordan for those of Arizona, each chasing their own dreams of opportunity and freedom. Although the two live far from Ground Zero, they cannot escape the nationwide fallout from 9/11. Jassim, a hydrologist, believes passionately in his mission to keep the water tables from dropping and make water accessible to all people, but his work is threatened by an FBI witch hunt for domestic terrorists. Salwa, a Palestinian now twice displaced, grappling to put down roots in an inhospitable climate, becomes pregnant against her husband's wishes and then loses the baby. When Jassim kills a teenage boy in a terrible accident and Salwa becomes hopelessly entangled with a shady young American, their tenuous lives in exile and their fragile marriage begin to unravel.

This intimate account of two parallel lives is an achingly honest look at what it means to straddle cultures, to be viewed with suspicion, and to struggle to find safe haven.