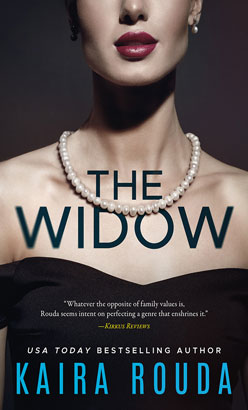 A husband with secrets. A wife with no limits. A riveting novel of marriage, privilege, and lies by Kaira Rouda, the USA Today bestselling author of The Next Wife.

Jody Asher had a plan. Her charismatic husband, Martin, would be a political icon. She, the charming wife, would fuel his success. For fifteen congressional terms, they were the golden couple on the Hill. Life was good. Until he wasn’t.

Martin’s secret affair with a young staffer doesn’t bother Jody personally. But professionally? It’s a legacy killer. Soon a reporter gets word of this scandal in the making, and Martin’s indiscretions threaten to ruin everything Jody has accomplished.

When Martin suddenly dies, it’s a chance to change the narrative—but the reporter won’t let go of his lead. As the balance of power shifts in the Asher house and on the Hill, it’s time for Jody to take control. And there’s nothing the ruthless widow won’t do to secure the future she’s entitled to. Even if she has a secret of her own.