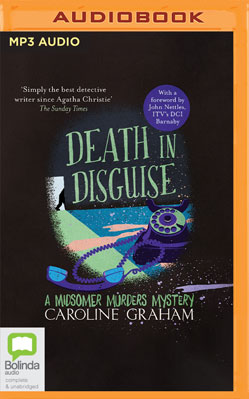 To the distaste of the Compton Dando villagers, the big house has been taken over by a group of New Age eccentrics. And when the first death is reported, no one is surprised ... or disappointed. The coroner rules it an accident.

But only weeks later, there’s another death. And this time, it is murder.

Detective Chief Inspector Barnaby is called to the scene immediately, and there’ll be no escape until he has sifted through the world of psychics, cult leaders and horrifying deaths to get to the cause of it all.