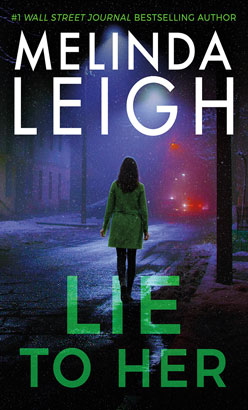 When a digital marketer is found murdered in his backyard—hands bound and face smothered by plastic wrap—Sheriff Bree Taggert and criminal investigator Matt Flynn respond to the call. Their investigation focuses on the man’s dating-app profile and the word liar carved into his forehead.

Both victims are players in the internet dating scene. In their wake, they leave a trail of hurt—and angry—women. But Bree and Matt aren’t convinced the motive is as simple as it appears. Everyone they interview seems to be lying or hiding something.

As the list of suspects grows, the killer’s rage escalates, and he leaves a personal and deadly warning for Bree. They must act fast. Because someone Bree loves is targeted as the next to die.