Holocaust & the Exile of Yiddish, The 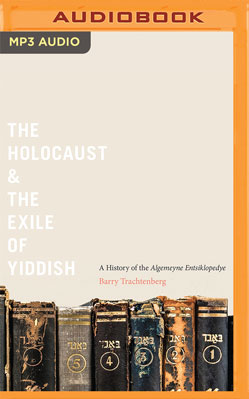 Holocaust & the Exile of Yiddish, The

In the early 1930s in Berlin, Germany, a group of leading Eastern European Jewish intellectuals embarked upon a project to transform the lives of millions of Yiddish-speaking Jews around the world. Their goal was to publish a popular and comprehensive Yiddish-language encyclopedia of general knowledge that would serve as a bridge to the modern world and as a guide to help its readers navigate their way within it. However, soon after the Algemeyne entsiklopedye (General Encyclopedia) was announced, Hitler's rise to power forced its editors to flee to Paris. The scope and mission of the project repeatedly changed before its final volumes were published in New York City in 1966.