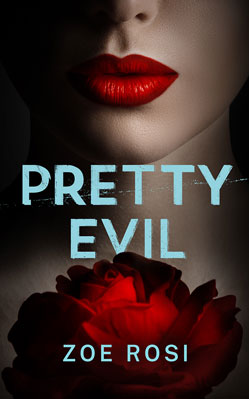 You’ve done a bad thing. She has you in her sights. Now you’re going to pay.

Meet Camilla Black: an affluent, respected, influential fashion magazine editor, who lives it up in her beautiful Mayfair apartment. But Camilla’s glamorous life is a lie. Behind her poised exterior beats the cold dark heart of a vigilante killer, a murderer hell-bent on wreaking vengeance upon bad men.

Camilla expects to get away with murder. She’s careful. And anyway, it’s worth the risk. She’s making the world a better place with each predator she kills. But when one of her victims’ bodies is unexpectedly found, his gruesome death is splashed all over the papers.

To make matters worse, she’s now being pursued by Detective Wheelan, a new addition to the Met with laser-sharp focus and a worrying habit of solving impossible crimes…

She knows she should stop, but she can’t. Some men just deserve to die. Will Camilla’s insatiable appetite for justice be her downfall, or can she outsmart the police?