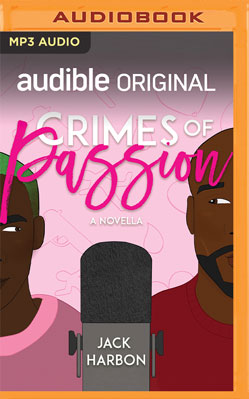 Press play on this funny, sexy short story about rival true-crime podcast hosts forced to play nice and work together when, in reality, all they want to do is kill each other.

Emery Thompson hates Calvin Chamberlain. From the way he acts like he's better than everyone to the way he moves through the world thinking his podcast is the cream of the crop, every little thing about the man gets to him. Even that dashing, oh-so-confident smile. He'd rather be caught dead than be around the man any longer than necessary—or admit that last part out loud.

Calvin Chamberlain hates admitting defeat. It's hard enough losing sponsors for his historical crime podcast while obnoxious pop-culture ones like Emery's only gain more, so it's a particularly cruel twist of fate when a late fan's request for a collaboration with Emery lands in his lap. He's in no position to turn down the plea, and with no way out, Calvin reluctantly agrees.

But keeping things purely professional turns out to be a challenge when these two make it to the studio. Their chemistry crackles through their microphones, and soon, their numbers begin to skyrocket. Can these two make a killing off what they once thought was a death sentence—and more importantly, will Calvin and Emery give into the heat of passion?