Rise of the Demon 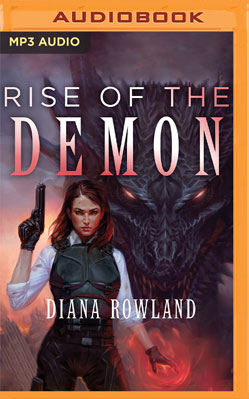 Rise of the Demon

The long-awaited ninth book in the Demon series returns to the adventures of Kara Gillian and the supernatural threats that surround her.

Kara's drastic ceasefire deal with the formidable demon Imperator Dekkak slowed the attacks on Earth to a trickle, but her troubles are far from over. The godlike demahnk are desperate to return to their own kind, but unless they can stabilize the demon realm, they'll be forever exiled—and they've subjugated Kara's beloved Mzatal to further their hellacious cause. One faction of demonic lords and demahnk has a plan to fix their world, yet their salvation would come at the expense of Earth.

Meanwhile, Kara is wrestling with government bureaucracy, backstabbing allies, enemy lords, as well as the powerful young demonic lord Ashava, who's packing the drama, angst, and rebellion of the terrible teen years into just a few months.

Kara's in a race to stop an apocalypse, but in order to prevail she'll have to make a terrible sacrifice or risk losing everything she holds dear.