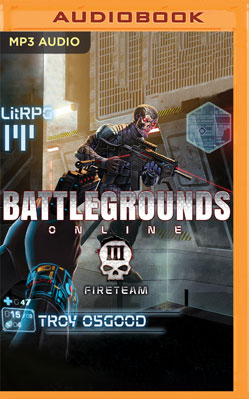 Eric McCaffrey has come face-to-face with the developers of Battlegrounds Online. They have shown up at his doorstep. He's used to seeing those faces in the game, not inside his apartment. He knew the game had been physically affecting him. Turns out he was right, and Hastech wants to run some tests. Battlegrounds Online was designed as a training simulator for the military. They want to know why Eric is being affected. In game, his avatar, Zag, is given more responsibility. Even after failing an operation for the first time, he's put in charge of a large fireteam for a major op. Through multiple ops, Eric has been mentally and physically changed. When virtual and reality collide, the game leaking out into the real world beyond Eric's changes, he'll find more than just his life is on the line.