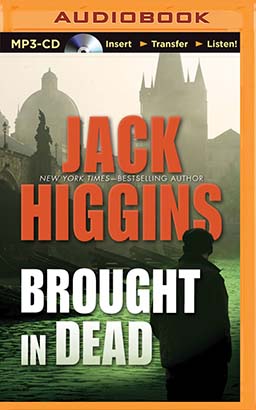 After a long night on the job, Detective Sergeant Nick Miller is on his way home—only to become the first policeman at the scene of a young woman’s mysterious suicide. What’s odd is that it appears she tried to conceal her identity before doing herself in.…

Miller follows a hazardous trail to find the powerful man responsible for the girl’s fate, only to watch him walk out of court a free man. But the dead girl’s father swears to exact justice with or without the law on his side.… A fascinating and unusual thriller from “an accomplished storyteller” (St. Louis Post-Dispatch), Brought in Dead will keep you guessing until the final page.