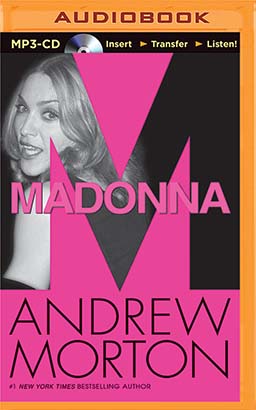 From motherless child to wife and mother, from “boy toy” to fiercely independent diva, Madonna is one of the most remarkable women of our time. With a career that spans two decades and ranges from the scandalous to the transcendent, she is a bigger phenomenon than ever. But who is the private woman behind the public image?

Andrew Morton, whose #1 New York Times bestsellers about Princess Diana and Monica Lewinsky have proven his ability to gain access to insiders who won’t talk to anyone else, answers that question in this decidedly unauthorized new biography. Morton’s extensive, in-depth interviews with members of Madonna’s inner circle—lovers, friends, and business connections, many of whom have never spoken out before—allow him to go beyond the carefully constructed myths to unmask the real Madonna. Andrew Morton is able to make startling revelations, among them the real story of Madonna’s family background; the events behind the violent attack that changed her views on sex and men; her relationships with Michael Jackson, Prince, John F. Kennedy Jr., Vanilla Ice, and other rock and Hollywood stars; the mystery man she wanted to marry; and the darkest days of her career when she threatened to quit show business. In this fascinating, richly detailed biography, Andrew Morton reveals Madonna in an entirely new light.