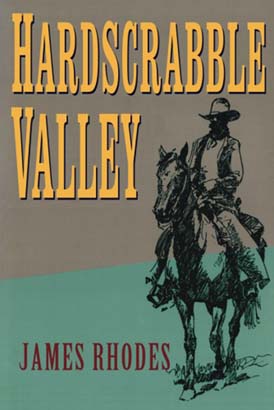 Horace Featherbone is scouring the land for Monk Hastings, who stole his uncle and aunt’s money and then murdered them. His quest takes him, along with a companion, Zack, across the Southwest. Here he becomes a cook for a cattle driver, a flier in a traveling circus, and many other adventures.

When Horace sees Hardscrabble Valley he decides to settle down. He is in love with the valley and also Shasta Collins, whose father is into some unlawful business. It is here in Hardscrabble Valley that Horace finally meets up with Monk Hastings. Before Horace can become a part of the valley, he must deal with the murderer of his aunt and uncle.