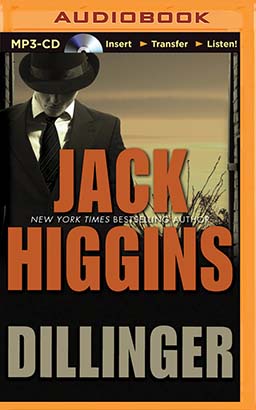 In 1934, after his spectacular jailbreak from a cell in Indiana, Dillinger was like a ghost—some claimed to spot him in New York, others in London, New Orleans, or California. Though the FBI would eventually find and kill Dillinger in Chicago, speculation about his whereabouts in those mysterious final months never waned.

In Jack Higgins’s suspenseful imagining, Dillinger flees to Mexico, where his attempts at finding freedom launch the fugitive into the clutches of men much more dangerous than the federal agents on his trail. This dramatic account of Dillinger’s final days brings him face-to-face with bloodthirsty bandits and corrupt police officers, breathing vivid life into the story of America’s most fascinating outlaw.