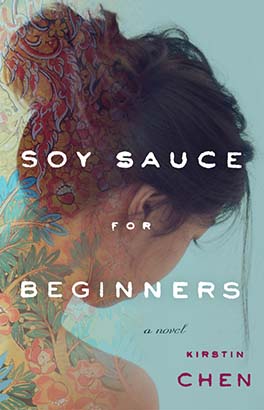 Gretchen Lin, adrift at the age of thirty, leaves her floundering marriage in San Francisco to move back to her childhood home in Singapore and immediately finds herself face-to-face with the twin headaches she’s avoided her entire adult life: her mother’s drinking problem and the machinations of her father’s artisanal soy sauce business.

Surrounded by family, Gretchen struggles with the tension between personal ambition and filial duty, but still finds time to explore a new romance with the son of a client, an attractive man of few words. When an old American friend comes to town, the two of them are pulled into the controversy surrounding Gretchen’s cousin, the only male grandchild and the heir apparent to Lin’s Soy Sauce. In the midst of increasing pressure from her father to remain permanently in Singapore — and pressure from her mother to do just the opposite—Gretchen must decide whether she will return to her marriage and her graduate studies at the San Francisco Conservatory, or sacrifice everything and join her family’s crusade to spread artisanal soy sauce to the world.

Soy Sauce for Beginners reveals the triumphs and sacrifices that shape one woman’s search for a place to call home, and the unexpected art and tradition behind the brewing of a much-used but unsung condiment. The result is a foodie love story that will give listeners a hearty appreciation for family loyalty and fresh starts.

Selected as one of O Magazine's "Books That Will Transport You to Another World."