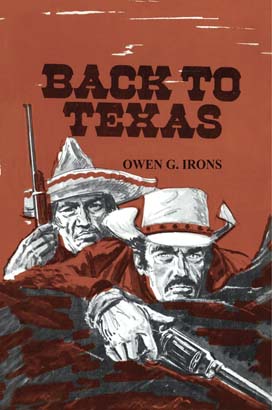 Three men escaped from the Mexican chain gang, three men who, for a variety of reasons, had been cruelly imprisoned by the Federates. One was Chato Chavez, notorious bandit and killer. Another was May Tyler, a rancher from Texas who, with his herd, had strayed south of the border. And the third was Brace Carneby, a cowboy imprisoned for more than six years because of a woman.

And now they were free, but by no means in the clear. Someone was on their trail. Alvarado, the prison guard famous for his ability with a rifle? Or someone else?

Brace was determined to discover why he had been imprisoned so many years ago. To do this, he must return to Granger, Texas, and seek out Anna Barnsworth. He must reach Granger. Not all of the little group would.

The trail is fraught with danger and adventure as Brace struggles to discover the truth and right the wrongs done him and his friends, and to restore a girl’s birthright.