Barbie and the Beast 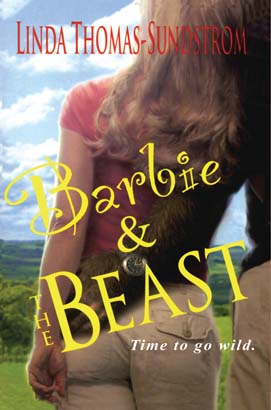 Barbie and the Beast

Barbie Bradley was swept off her feet—literally. One moment the twenty-something was traversing Forest Lawn Cemetery in the dead of night with her best friend, the next she was thrown like a sack of potatoes over a man’s shoulder. True, she and Angie had come to this odd locale for a singles party, but this wasn’t quite how she’d planned to get picked up.

Darin Russell found “Ms. Right” at work, which was surprising because girls in the cemetery were usually a tad, in a word, stiff. Not that this one couldn’t stand to loosen up. She seemed particularly sensitive about being named after the Mattel toy, and before he popped the question he had to know how she’d react to his furry little secret. You see, though he had a tuxedo and a Porsche, he had more in common with the residents of the Miami Zoo than Ken. And if things went according to plan, Barbie was going to see his animal side.