Blood of the Breed 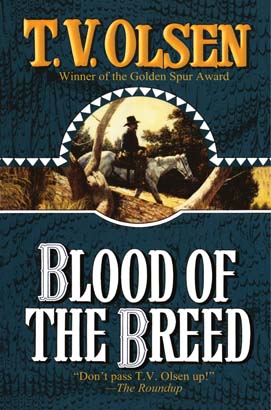 Blood of the Breed

Ike Banner had suffered a great deal of pain in his life, and had always come through it. But nothing could match the pain his three sons caused him. Just as he had in life, Ike was determined to curb his sons’ wrongheadedness after his death. He was sure he had been fair in his will, and had done right by his claimed, and unclaimed, sons.

What Ike Banner couldn’t control was the fury of thwarted dreams and the violence born of hate and jealousy. For the land that had bred a sort of rough, frontier morality in Ike had destroyed the same morality in his sons. In its place festered a fierce need to possess—if not by right of sweat, then by right of blood—and to defend what was theirs by any means that came to hand—a bullwhip, a torch, or a shotgun.