Museum of Abandoned Secrets, The 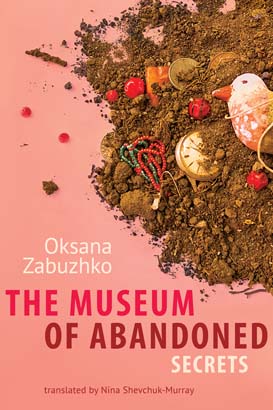 Museum of Abandoned Secrets, The

Spanning sixty tumultuous years of Ukrainian history, this multigenerational saga weaves a dramatic and intricate web of love, sex, friendship, and death. At its center: three women linked by the abandoned secrets of the past—secrets that refuse to remain hidden.

While researching a story, journalist Daryna unearths a worn photograph of Olena Dovgan, a member of the Ukrainian Insurgent Army killed in 1947 by Stalin’s secret police. Intrigued, Daryna sets out to make a documentary about the extraordinary woman—and unwittingly opens a door to the past that will change the course of the future. For even as she delves into the secrets of Olena’s life, Daryna grapples with the suspicious death of a painter who just may be the latest victim of a corrupt political power play.

From the dim days of World War II to the eve of Orange Revolution, The Museum of Abandoned Secrets is an “epic of enlightening force” that explores the enduring power of the dead over the living.