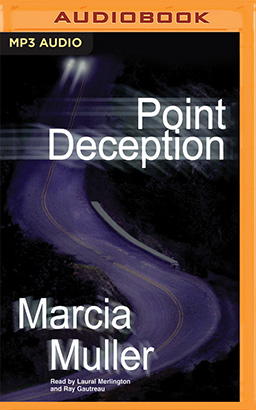 A bestselling journalist, Guy Newberry is known for his articles on the plight of troubled communities. Shortly after his arrival in the small seaside community of Signal Port, California, a town that has never recovered from the unsolved murder of two young families 13 years ago, another nightmare begins. An unidentified woman's body washes up at nearby Point Deception, immediately stirring up old feelings of fear and suspicion. Relentless in pursuing his story, and haunted by a tragedy in his own past, Newberry does not let up, instilling fear in the town's sheriff, Rhoda Swift, who fears his prying will destroy her town. But as more women die and public panic sets in, Newberry and Swift form an uneasy alliance and unite in a confrontation with a killer whose motives are not as random as they seem.