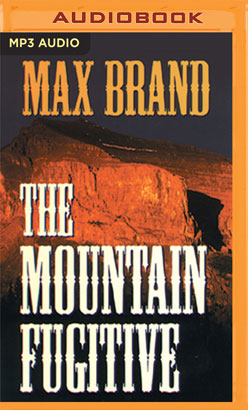 A seven thousand dollar price on his head

Raw frontier action is epitomized in Lee Porfilo. With a penchant for settling his problems with his fists, Porfilo is always in trouble. And trouble comes to stay when he beats a rich man’s son. Now he has an enemy for life. Framed for murder and sentenced to the penitentiary, he is saved by Tex Cummins’ small steel saw and heads for the mountains.

As a mountain fugitive, he meets ravishing, red-haired Margaret O’Rourke, whom he renames Mike. She warns him that Cummins’ contribution to his freedom wasn’t all charity. And that prophesy comes true when Cummins shows him how to make money fast and easy. But there’s good in Porfilo’s soul and he’d rather go straight. Tired of running, he’d just as soon die facing his enemies head on than live life as an outlaw.