It Had to Be Them 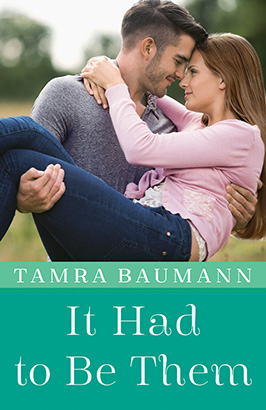 It Had to Be Them

series:An It Had to Be Novel #4

Kline Grant has traveled the world for more than a decade to avoid going back home—and to make sure she doesn’t see Ben, her former fiancé. But her mother’s recent health troubles make it impossible for Kline to stay away. She plans to check on her mom, avoid Ben, and then get back on the road again. But the quirky town locals of Anderson Butte, a private little celebrity hideaway in the picturesque mountains of Colorado, have a very different plan.

Ben Anderson, the town’s handsome and beloved doctor, once broke Kline’s heart for reasons he’s never explained. When he figures out her mother’s scheme to trick her into coming home, he enlists the meddling townspeople’s help to make things right again with Kline. Then Ben plans to win her back. But as the former flames come face-to-face, old wounds ache, hurtful secrets emerge, and sparks fly with the heat between them that’s never cooled. Will the truth be enough to heal two broken hearts, or will it keep them apart forever?