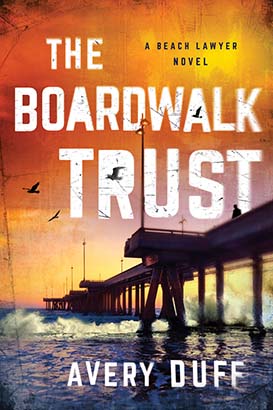 The gripping sequel to the Amazon Charts bestseller Beach Lawyer.

With the flawless sky above and the boardwalk below, Robert Worth has set up shop on Venice Beach with an eye on Delfina Famosa, his unexpected first client. A whip-smart homeless kid, Delfina reaches out to Robert to keep her father, Teo, out of trouble. The pair claim to be beneficiaries of the seven-figure Famosa trust, and Delfina wants him to have their backs in court. But in a city of illusions, nothing is what it first appears to be.

Robert should be taking his own advice—always keep his professional distance. Yet every sharp turn and revealed secret draws him closer to his clients. And the closer he gets, the greater the danger.

All he wants now is for everyone to get what they deserve. For some, he hopes it’s not too late. For others—they won’t even see him coming.