It Had to Be Fate 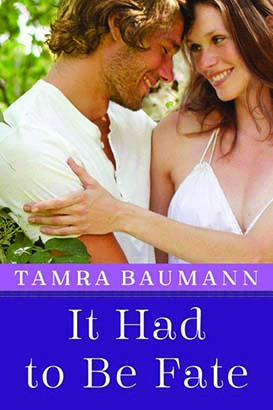 It Had to Be Fate

series:An It Had to Be Novel #3

Falling for a bad-boy rock star is the last thing single mother Casey Anderson-Bovier should do. Embroiled in a custody battle with her ex, Casey is fighting to raise her boys in their quaint Colorado hometown—a secret haven for celebrities. But when it comes to her hotel’s newest guest, Casey can’t connect the dots. Is Zane Steele the out-of-control rocker plastered all over the media, or the captivating man with a killer smile who’s charming her and her two boys?

Zane has a good reason for letting the world believe the worst of him—and that’s a secret he’s sure he can never share…until he meets Casey. After years of having fans fall at his feet, he’s found the one woman who brings him to his knees. Casey is beautiful and intriguing—and thoroughly justified in not trusting him one bit, especially with her family at stake. But the only way to be together is to convince her to take a chance on him, on fate, and on their crazy, unexpected love.