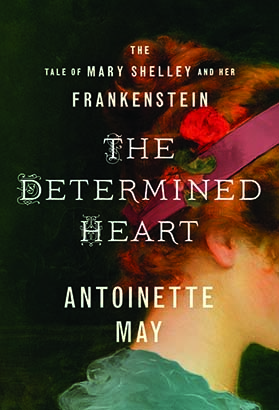 The Tale of Mary Shelley and Her Frankenstein

Two hundred years after Mary Shelley’s Frankenstein came to life on the page, this beautifully written novel reveals her fascinating and frightening true story of love and obsession, betrayal and redemption.

The daughter of political philosopher William Godwin and feminist Mary Wollstonecraft, Mary Shelley had an unconventional childhood populated with the most talented and eccentric personalities of the time. After losing her mother at an early age, she finds herself in constant conflict with a resentful stepmother and a jealous stepsister. When she meets the Romantic poet Percy Bysshe Shelley, she falls deeply in love, and they elope with disastrous consequences. Soon she finds herself destitute and embroiled in a torturous love triangle as Percy takes Mary’s stepsister as a lover. Over the next several years, Mary struggles to write while she and Percy face ostracism, constant debt, and the heartbreaking deaths of three children. Ultimately, she achieves great acclaim for Frankenstein, but at what cost?