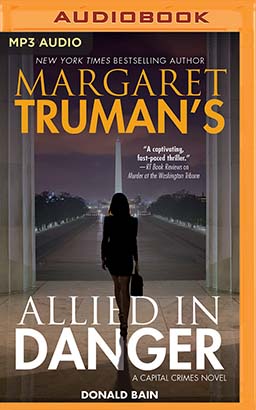 David Portland works security for America’s British Embassy in London. His life is upended when his son Trevor dies mysteriously in Nigeria, while employed by a suspicious security/mercenary company known as SureSafe. One night, Portland sees a man in a bar wearing a bracelet—a family heirloom, which he had given his son—and attacks the man. The information he learns will send Portland down a rabbit-hole of deadly deception—one which he hopes will lead him to the truth about his son’s death.

Meanwhile, Robert Brixton, a noted Washington DC-based international investigator, has been hired to look into a fraudulent charity and a criminal warlord in Nigeria. His life and his investigations will soon become intertwined with Portland’s probe and that of his estranged, ex-wife, Elizabeth. Their interconnected cases will take Brixton to Nigeria, into that country’s Heart of Darkness and on one of the most violent and dangerous journeys of his life.