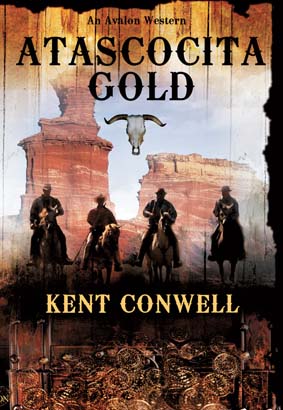 After Sheriff Dan Ellis keeps Josh Carson and Tiny Hamilton out of the tar and feathering pot, he gives the two drifters a choice of thirty days in jail or bull-whacking for Frenchy Buckalew and her freight line. After only a few days on the line, the two cowpokes figure thirty days or the tar pot would have been a better choice.

But before the two light-hearted drifters can whistle one verse of “Git Along Little Doggie,” they find themselves crawling out on a mighty thin limb to help a spoiled young filly fresh from the East and her two orphaned younger brothers who are the targets of a wealthy merchant and his hired band of Comancheros. These men are determined to drive the woman and her brothers from their ranch in the Palo Duro Canyons in pursuit of a thousand gold double eagles hidden on the land. The hostility escalates to violence and leads to a final shootout which could cost Josh and Tiny their lives.